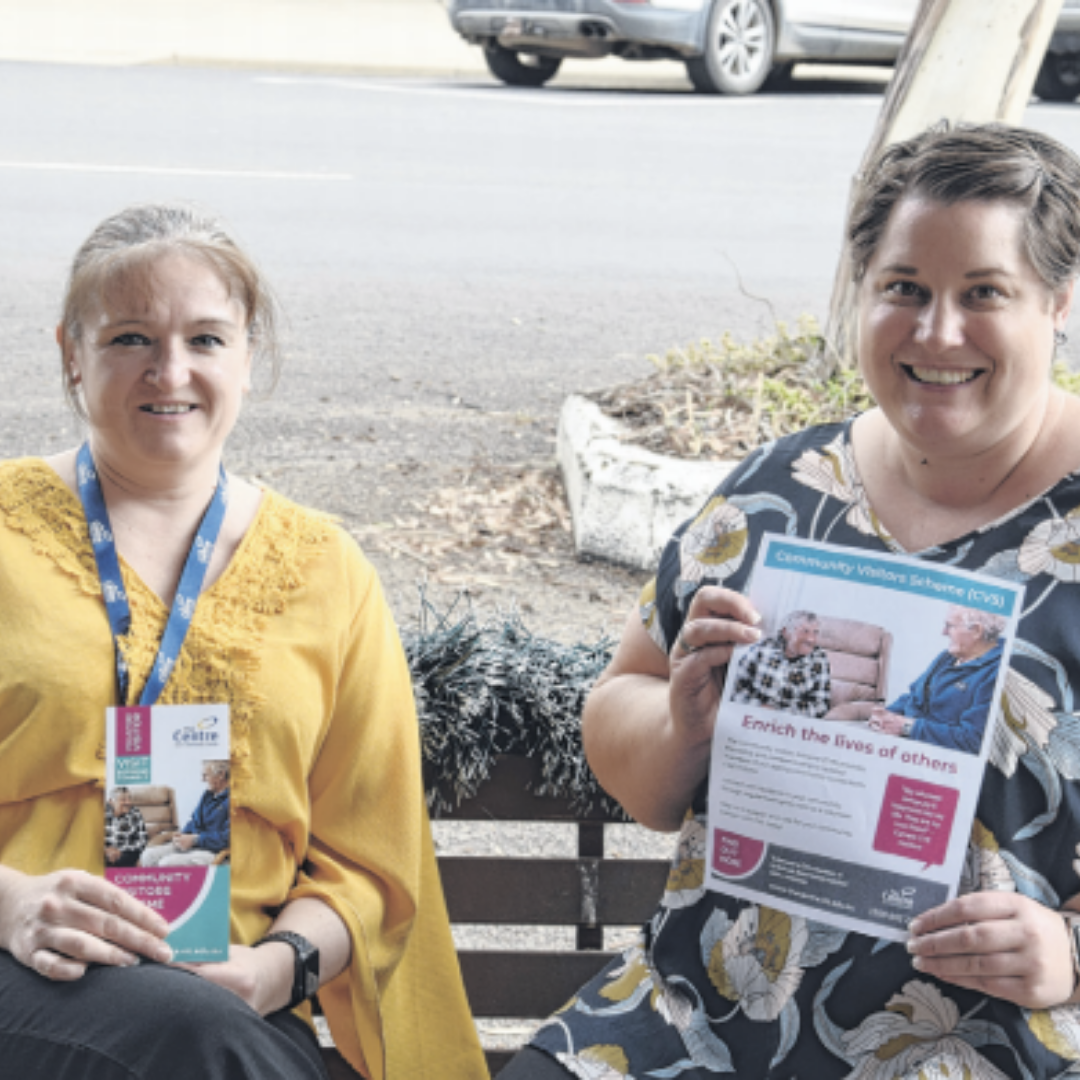 THERE are calls for more volunteers in the Strathbogie region to be companions for those who are in residential aged care. Andrea Matheson and Nanette Collins, who are both from the Wangaratta-based Centre for Continuing Education were in Euroa recently to “match meet” two new people for the ﬁ rst time at Euroa Health’s Granite Hill facility. Match meeting in the ﬁ rst initial meeting between a volunteer and a resident, where afterwards the volunteer provides companionship of any kind, whether it be playing cards, reading or going for a walk. But Ms Matheson says they are in “desperate need” of more volunteers, with around 25 aged care residents from around the Hume on a waiting list to be connected with someone. “We are just wanting to let people know about the program, which is to match volunteers with residents within aged care facilities or within their own home,” Ms Matheson said. “We then go through a screening process ﬁ rst for volunteers, make sure that there’s police checks and all that sort of stuff in place ﬁ rst,” Ms Collins adds. Ms Collins said the initiative is very ﬂ exible in that it is totally up the two people what they do after they are introduced to each other. “After the match meeting, I go back home and the volunteer then takes charge of visiting
that resident,” Ms Collins said. “One hour per fortnight is the minimum requirement, but they are more than welcome to visit you know every week for as long as they want.” Volunteers can also opt to keep an aged care resident company by speaking to them over the phone as well or sending letters or postcards if they are away on holiday. Ms Collins said that many attributes can make great a volunteer companion. “We would love people who are talkative, somebody that has similar interests, so whether they’re from farming communities, whether they’ve got pets, whether they drive cars or Holden’s or Ford, we try to match you with someone similar,” Ms Collins said. Ms Matheson also said volunteers should also be willing to have the time to take part. “You need to be someone that has some empathy along with time and can communicate with someone while playing cards,” she said. “We’re not picky as such because there are so many people out there that can suit different people.” Volunteers who would like to be a companion can also express interest by contacting the Centre for Continuing Education at cvs@thecentre. vic.edu.au or call 1300 843 236. The centre will also be visiting Euroa in May for coffee catchups with volunteers who can also talk to those interested in taking part.